Learning to Love; Loving to Learn... 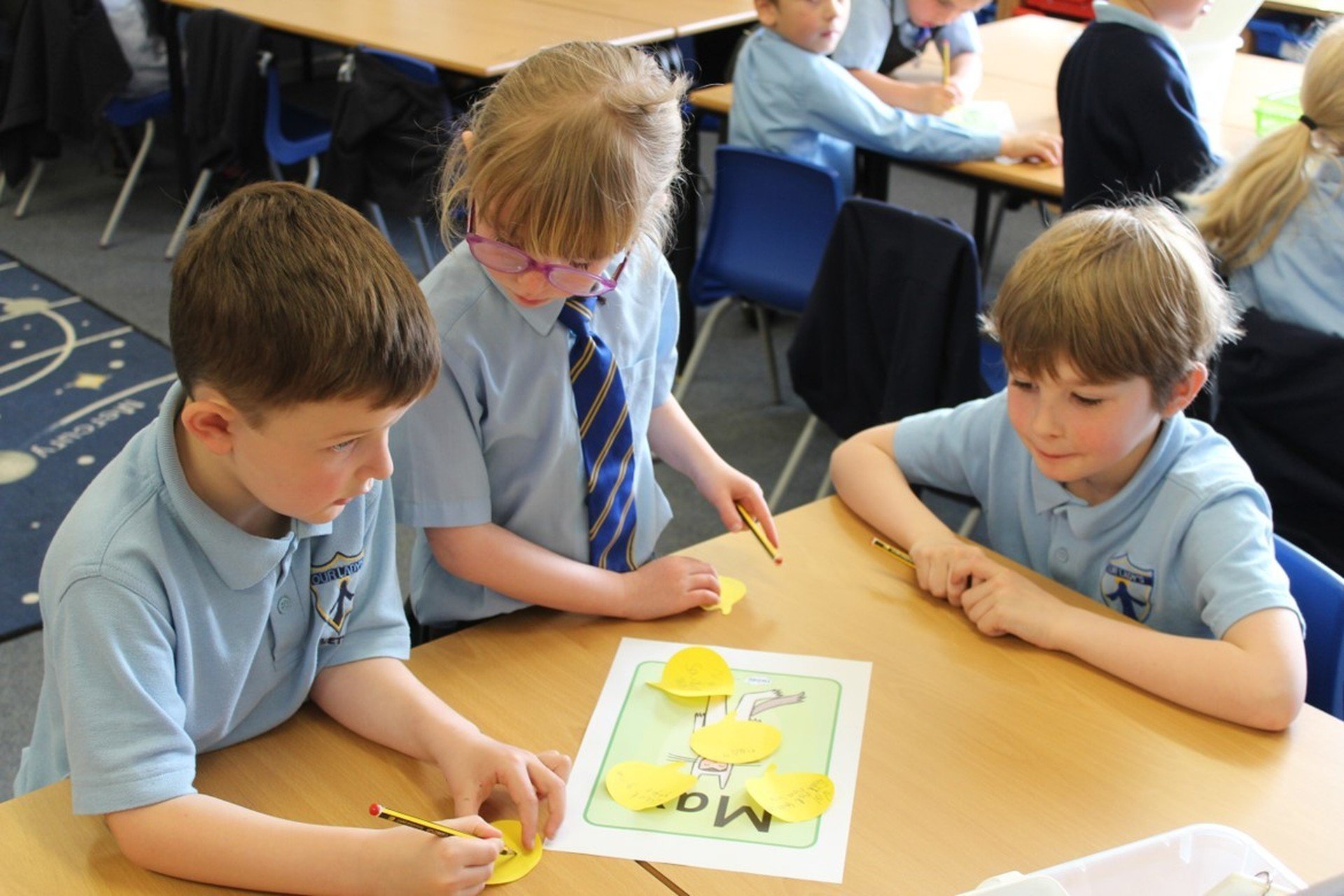 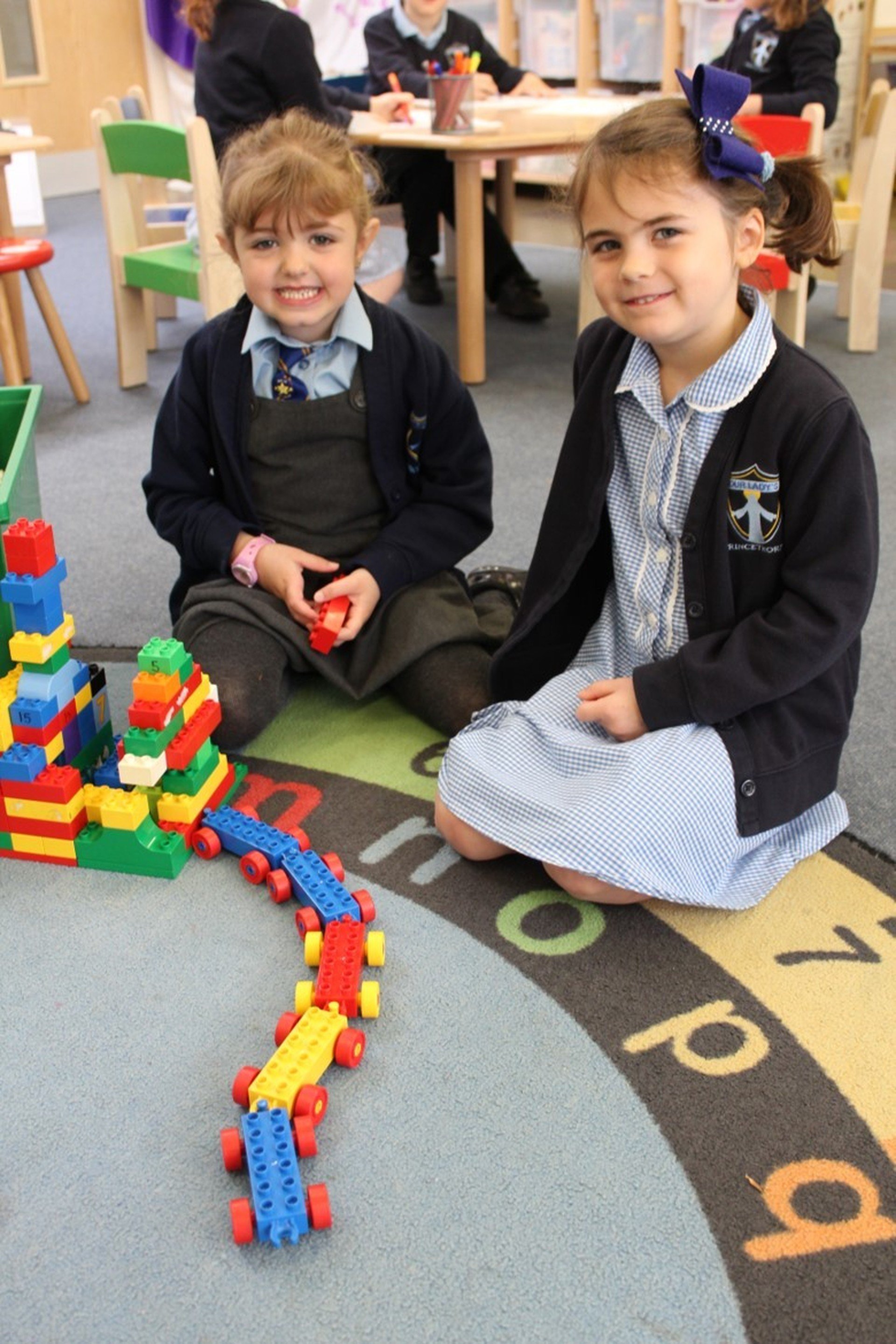 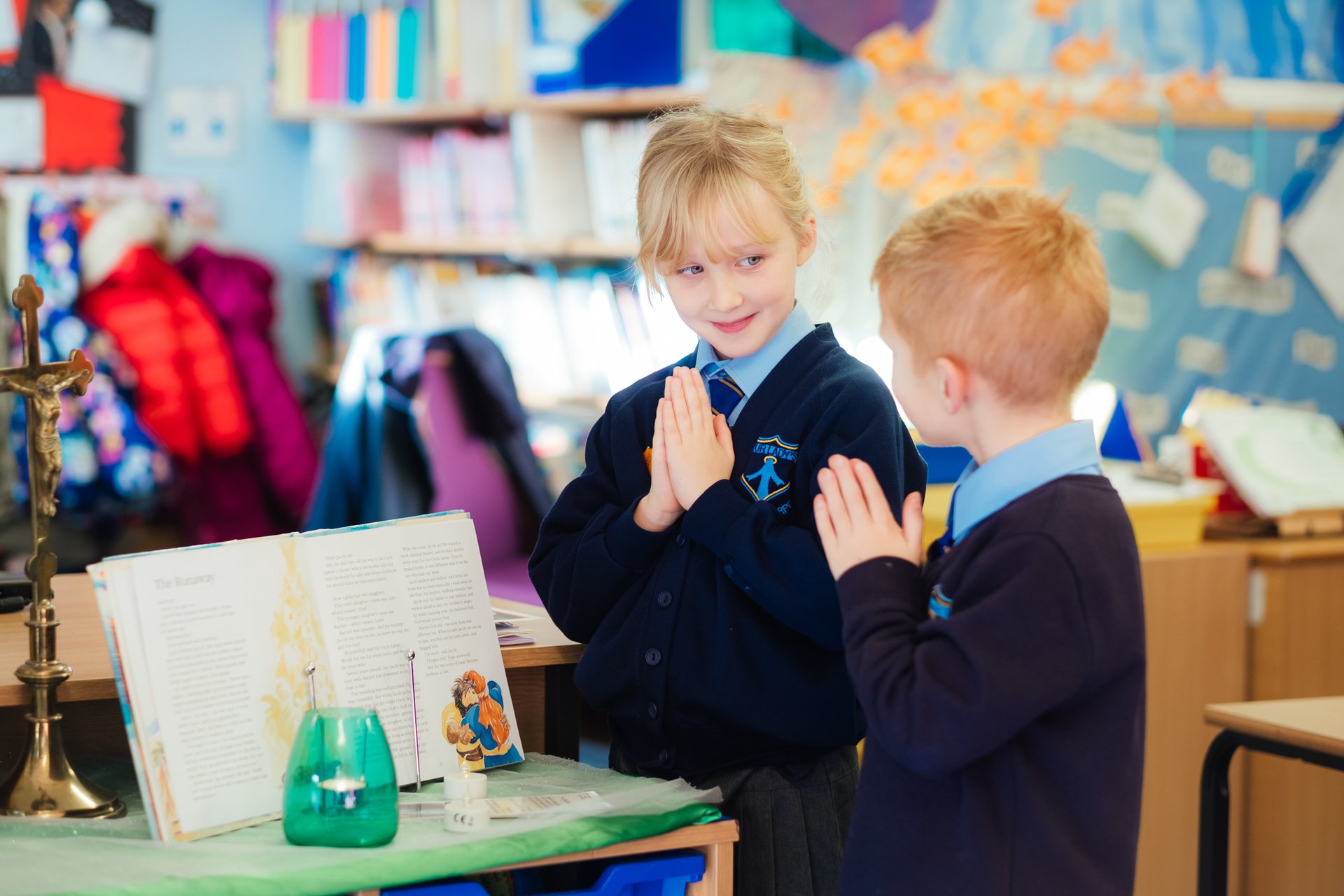 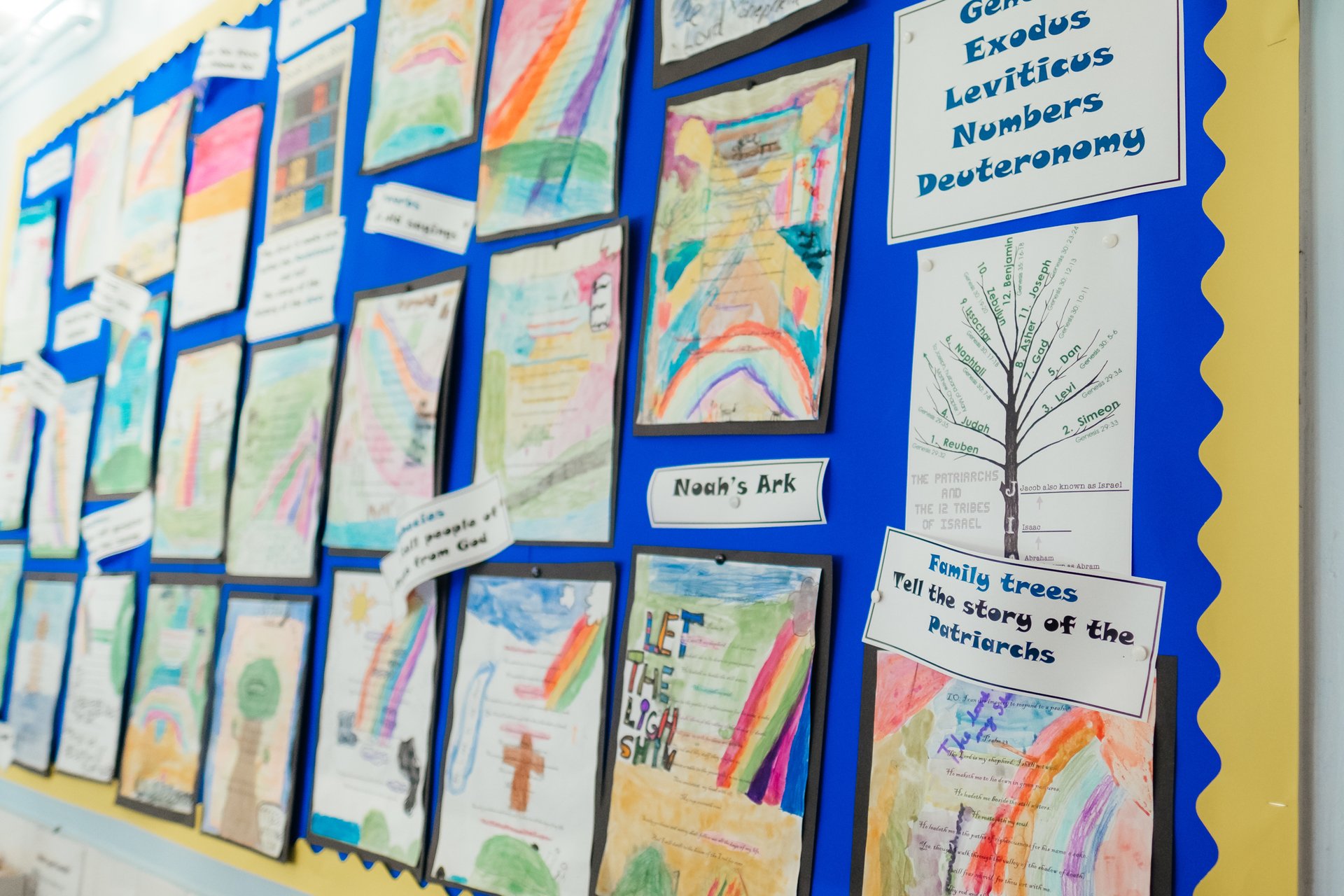 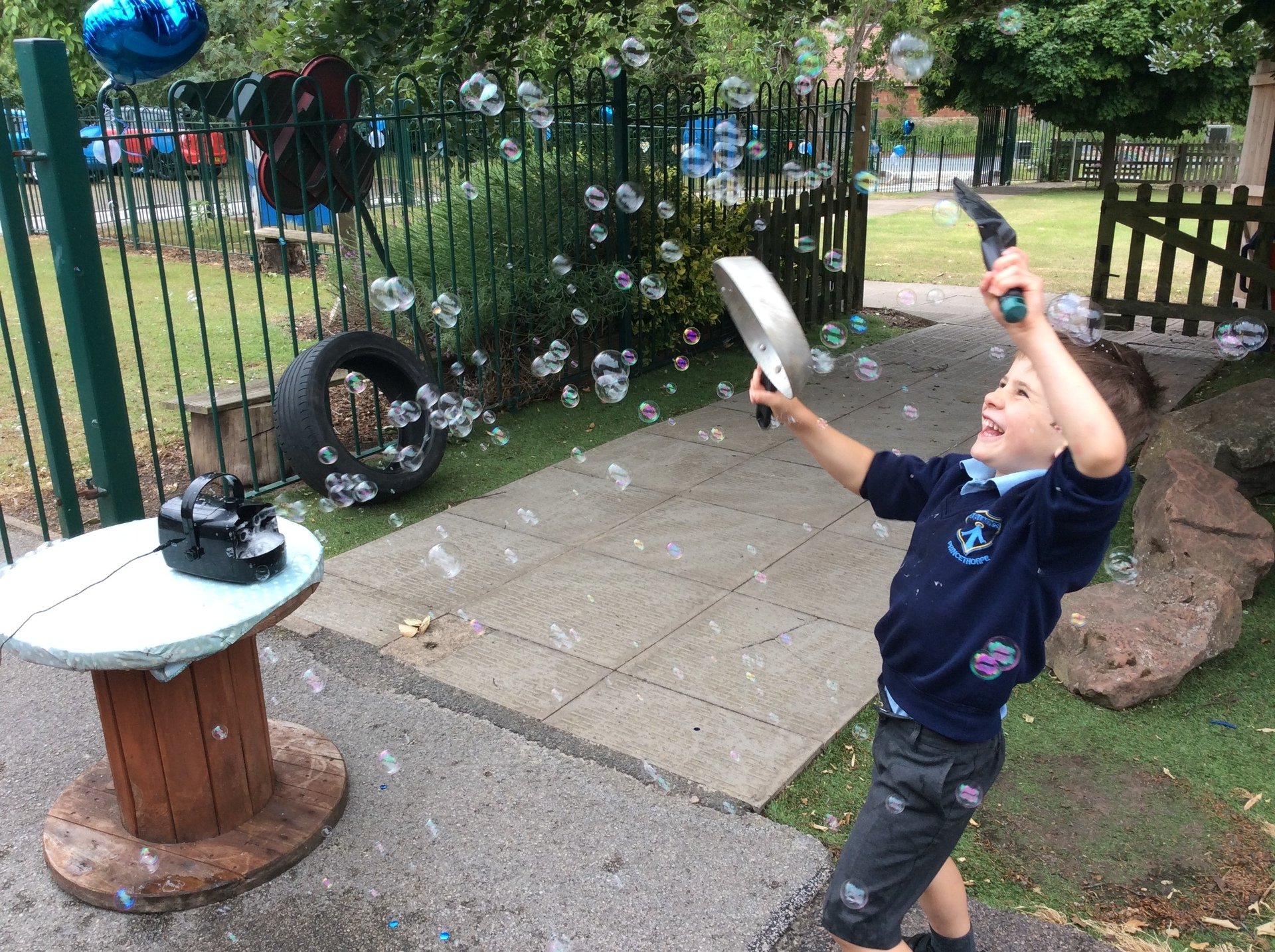 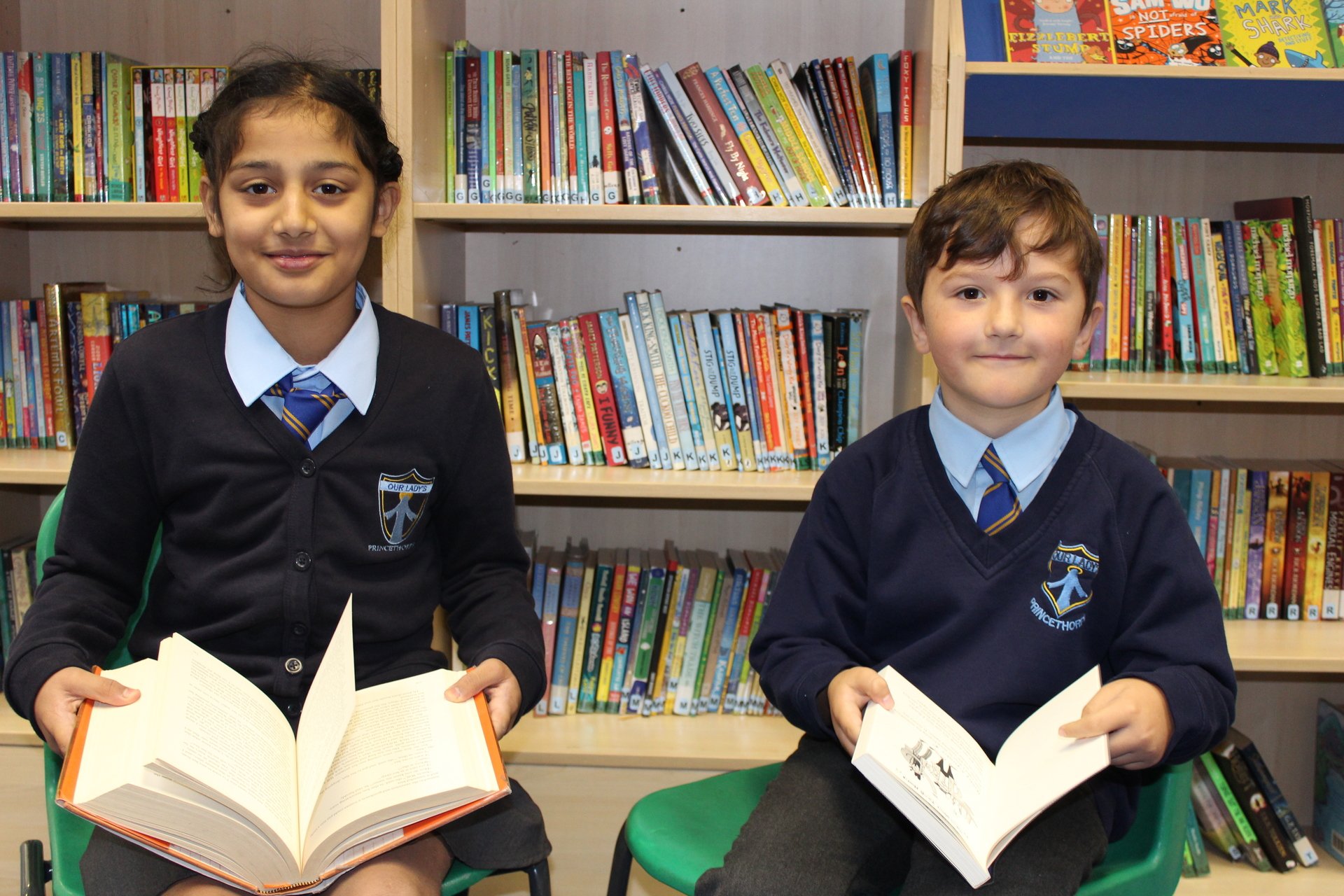 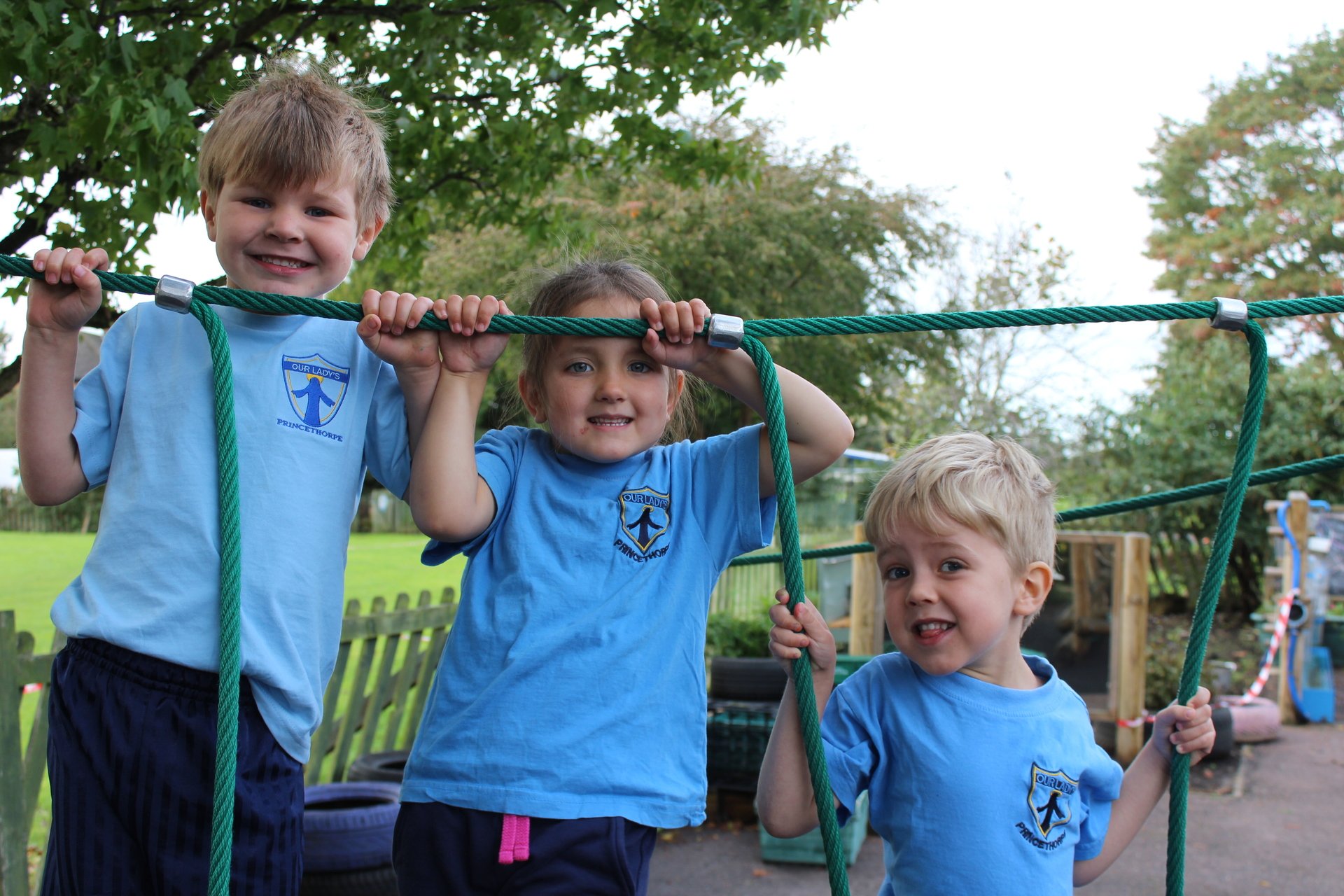 Our Lady’s Primary School has a board of 12 governors comprising of one Local Authority governor, seven Foundation governors appointed by the Diocese, two parent governors, a staff representative and the Headteacher. Peter Griffin, who is a Foundation governor, chairs the Governing Board. Following the resignation of the LA Governor and the recent resignations of two Foundation Governors we are actively seeking new persons with relevant experience and a willingness to actively participate in the life of our school. We have recently appointed a new Staff Governor - Stephanie Tassell, and would like to record our thanks to Ruth Garner who has completed her term of Office.

The Governing Board meets seven times per year, with a governance business meeting at the start of the academic year and two meetings each term. The Board has adopted the ‘Circle model ‘of governance and operates without any separate committees. In their meeting the full governing board reviews all the required tasks and commissions assignments or activities arising from the business of the meeting, which will be recorded in the minutes as actions.

As part of our ‘Circle model’ of governance, the Full Governing Board delegates monitoring activities to ‘monitoring groups’ in line with the Terms of Reference for those groups which are summarised below. In each case where a function has been delegated there is a statutory duty to report any action or decision to the governing body at the next meeting.

Group members have been chosen because they have a particular interest or some special expertise to contribute. Several Groups are supported by the School Business Manager, Vicky Palmer.

While some responsibilities remain the preserve of the Full Governing Board such as the appointment of new governors and certain safeguarding requirements, most responsibilities are delegated to the Headteacher. The governing body then monitors the activities and performance of the school against the priorities in the School Plan and this is done by the following Monitoring Groups who regularly visit the school and report back to the Full Governing Board.

In addition, key priorities identified in the School’s Development Plan are allocated to nominated governors who are responsible for visiting the school to monitor progress and report back regularly to the Governing Board.

Role: To work closely with the senior managers of the school to develop a strategy leading to the improvement of the school nd to monitor progress in addressing SIP priorities.

Role: To focus on an individual class and ensure that Governors have a visible presence in the school through Governor Visits to each class throughout the year.

Role: To oversee the three year budget plan ensuring it shows clear links to the School Development Plan; monitor school finances and that all expenditures offer value for money.

Role: All Governors have a key role to play in creating and delivering policies and processes to market the school to the local community and to maintain pupil numbers to deliver a balanced financial position.

Role: To maintain oversight and scrutiny of safeguarding and behaviour policies, procedures and practice within the school.

Role: To approve, or otherwise, the Headteacher’s recommendations for pay, progression or additional responsibility for all staff according to the school’s policy.

Role: To jointly, with an independent advisor, determine the Headteacher’s annual objectives and review performance and subsequent recommendation on pay progression.

Role: To monitor the staffing strategy within the school, and to scrutinise the Headteacher’s proposals for significant changes.

Role: To monitor the compliance of the school in meeting both its statutory responsibilities and its own policies, and ensuring the school is maintained to provide a safe environment for all users.

Role: To ensure the distinctiveness and effectiveness of the school as a Catholic school.

Role: To monitor the systems and tools used within the school which have been designed to assess the students learning and the teaching staff’s delivery of those protocols. Also to monitor the implementation of the school’s curriculum is ensuring progress against the National Curriculum and the School Development Plan

Role: To monitor and review the progress of the school’s SEND policy against the School Development Plan and evaluate its impact.

Role: To evaluate the school’s performance data and assess progress against the School Development Plan including Pupil Premium and Sports Premium.

Role: To ensure the Governing Body’s communications are effective and two-way, to represent the Governors when appropriate and to publicise statutory information.

Role: To focus on the development needs of Governors and ensure induction arrangements for new Governors.

Role: To focus on preparation for OFSTED inspections and on the Governing Body's role during the inspection process.

Role: To ensure that monies received for these Premiums are used carefully & correctly to deliver the anticipated benefits, within the scheme requirements.

Members: Amy Husband and two available Governors ( not conflicted by the content of the issue under review).

Role: To carry out any reviews resulting from policies and procedures and determine any decisions of fact and communicate the findings and propose any required corrective or preventative actions based on the written and verbal evidence presented to the hearing.

His three children all  attended Our Lady's so he were heavily involved in the school from 1988 – 1997. During much of this period his wife, Liz, was a Foundation Governor.

On retirement, he wished to give something back and support the school and staff. As a resident of Princethorpe, and as an active member of the Catholic parish, his particular interests and motivations are to strive to build closer links between the school, the parish and the village. In addition his links to the college regularly provide opportunities for close collaboration between the two schools

Rachael is the Headteacher at Our Lady's. She joined Our Lady's after working in Coventry for 13 years. Rachael has two children William and George and is part of Christ the King Parish in Coventry.

Jeremy Turner was last re-appointed a Foundation Governor in October 2020, he lives in Offchurch just outside the border of Wappenbury Parish and attends St Anne's Church, Wappenbury and he has two grandsons who live in Princethorpe and attend Our Lady's School. He is originally from Stoke on Trent but has been living in South Warwickshire since 1984. He recently retired after a career as a Chartered Accountant and Business Change Project Manager working mainly for large International Automotive and Aerospace businesses. He has been a member of Kenilworth Catenian Circle since 2002, and initially became a Foundation Governor in response to an appeal in the Parish Newsletter. HIs wife Helen worked as a Teaching Assistant at St Augustine's RC School, Kenilworth for 35 years.

Aidan O'Hare was appointed as a Foundation Governor on 4th November 2020.

Tracey Hester was appointed as a Foundation Governor on 10th December 2020 after joining the FGB as an observer. Tracey has extensive experience in teaching and education. Tracey is currently employed at Princethorpe College. This helps us maintain an excellent relationship with the College which has provided both educational and operational support to Our Lady's over many years..

Amy joined the Governing Body in January 2020 as a parent governor. She has two children at the school, and has been involved in the school community since 2015. Amy lives with her husband and two children in Princethorpe, and decided to join the Governing Body of Our Lady’s earlier this year in order to support the development of the school with other Governors and the Leadership Team.

Amy has a degree in Psychology from the University of Warwick, and fourteen years teaching experience herself, beginning her career as a primary school teacher at St. Patrick’s Primary in Leamington Spa in 2007. Since then Amy has been worked in several schools across Coventry and Warwickshire, becoming a Head Teacher in 2016. Amy now works for Inspire Education Trust, and specialises in Special Educational Needs and school leadership.

Dave is a parishioner of St Anne's Wappenbury and is a very experienced School Governance Professional, sharing his wide experience with the FGB and giving us a clear vision of current good practice for Governing Bodies.

Stephanie was appointed staff governor in October 2021.  She has been a teacher at Our Lady’s in both KS1 and KS2 for 8 years and is English and MFL Lead.  Stephanie lives with her husband and three children in Rugby. She loves reading and aspires to instil a love of reading across the school.

Jessica Delaney was elected a Parent Governor in November 2022, following her son joining the school that September. With an extensive legal background working within financial services, Jessica was keen to lend her skillset to support the school. Jessica is a qualified Girl Guiding leader, assisting in the running of a Rainbows and Guides unit in Rugby. She is also co-secretary of the PTA at Our Lady’s.’

We use necessary cookies to make our site work. We'd also like to set optional analytics cookies to help us improve it. We won't set optional cookies unless you enable them. Using this tool will set a cookie on your device to remember your preferences.

Necessary cookies enable core functionality such as security, network management, and accessibility. You may disable these by changing your browser settings, but this may affect how the website functions.